Quindío is full of a range of enriching ecosystems that include a great variety of altitudes that range from the páramos and the high Andean forests to wide valleys that extend towards the plains of the majestic Cauca River. It takes around two hours to observe a significant number of bird species at various altitudes. With only 0.16% of the Colombian territory, the department of Quindío has almost 30% of the birds that can be observed throughout the country. In addition, its strategic location, right in the heart of the central Andes, makes this destination a place that complements the Avitourism Route of the Central Andes, an initiative of the Ministry of Industry and Tourism, Fontur, PTP and AUDUBON very well.

One of the most outstanding places to observe birds in Quindío is Salento, a municipality with great benefits not only for its tourist infrastructure, but also for its natural areas that exceed the expectations of its renowned fame. In Salento, there are routes where you can see many species of birds of great interest. Just walk a few blocks around the town and you can enjoy a musical concert put on by hundreds of parrots that spend the night there. Among them are the Scarlet Fronted Parakeet (Psittacara wagleri), the Bronze-winged Parrot (Pionus chalcopterus), the Scaly-naped Parrot(Amazona mercenaria) and sometimes, flying in small groups, the Plum-crowned Parrot (Pionus tumultuosus).

One of the routes that feature a great diversity of birds in the municipality of Salento is undoubtedly the National Road, a place rich in culture, history and gorgeous landscapes that every person should encounter. This route connects the department of Quindío to Tolima and from the beginning to the end of your birdwatching day you can find a wide variety of species. Many of them will be of great interest for bird watchers, which include: the Yellow-eared Parrot (Ognorhynchus icterotis), the Grey-breasted Mountain Toucan (Andigena hypoglauca), the Golden-crowned tanager (Iridosornis rufivertex), the Black-chested mountain tanager (Cnemathraupis eximia), the ocellated tapaculo (Acropternis orthonyx), the Agile Tit-Tyran (Uromyias agilis), the Streak-throated Bush-Tyrant (Myiotheretes striaticollis), the White-tailed Hawk (Geranoaetus albicaudatus), and the Masked Trogon (Trogon personatus), as well as many others.

One of the most visited places in Salento is Cocora Valley. Although it is a destination that is well known for its walking and hiking trails, it is also a very interesting route for all types of bird observers from beginners to experts. If you start the trek to the Mountain Reserve by crossing the Valley of the Wax Palms, you can see species such as the American Kestrel (Falco sparverius), the White-throated Toucan (Aulacorhynchus albivitta), a species with a very special song that was not previously registered in Quindío: the Eastern Meadowlark (Sturnella magna), you can also see a variety of Hummingbirds such as the Sparkling Violetear (Colibri coruscans), the White-bellied Woodstar (Chaetocercus mulsant), the Rufous-tailed Hummingbird and The Steely-Vented Hummingbird (Amazilia tzacatl and A. saucerrottei) and many mixed flocks of birds composed of Tanagers such as the Black-capped, Golden and Real.

Finally, another route that complements the destination very well is the La Patasola Nature Reserve. This reserve has a large natural area that connects with the Fauna and Flora Otun Quimbaya Sanctuary. As a result of this, endemic species such as the Cauca Guan (Penelope perspicax) and The Multicoloured Tanager (Chlorochrysa nitidissima) can be seen here. You can also observe other very special species that, although they are not common, are very rare to observe, such as the Hooded Antpitta (Grallaricula cucullata) and the Masked Saltator (Saltator cinctus).

Filandia is another key municipality for bird watching in Quindío, thanks to the Barbas-Bremen Soil Conservation District, a natural reserve that provides a wide variety of ecosystem services for the region, and also functions as a biological corridor for innumerable species of Fauna. There, bird watching can be done by road, on ecological trails or in private lands destined for conservation. The species of greatest interest to observe there are: the Red-ruffed Fruitcrow (Pyroderus scutatus), the Wattled Guan (Aburria aburri), the Multicolored Tanager (Chlorochrysa nitidissima), the Chestnut Wood Quail (Odontophorus hyperythrus), Parker's Antbird (Cercomacroides parkeri) and to complement the experience you may encounter Howler Monkeys (Alouatta seniculus) across the treetops as well as observing the Cauca Poison Frog (Andinobates bombetes), a species of poison frog native to Colombia.

Towards the south of the department, there is a destination that you will fall in love with because it is the municipality with the largest number of public and private nature reserves dedicated to the protection of the páramos and high Andean forests: Genova, a town that seeks to overcome the barriers of conflict and has now opened up to new opportunities such as Nature Tourism. There, there are several routes to observe birds; one of them is so special that it already has a festival that is celebrated in its honor: the Indigo-winged Parrot (Hapalopsittaca fuertesi). The routes in this municipality offer great opportunities to observe: the Golden-headed Quetzal (Pharomachrus auriceps),  Back-billed mountain-Toucan (Andigena nigrirostris), Red-crested Cotinga (Ampelion rubrocristatus), a variety of Tapaculos and high mountain Tanagers.

Widely recognized as one of the best Botanical Gardens in the country, in only 15 hectares of forest you are able to observe around 136 species of birds. Its trails and infrastructure provide an ideal space for beginner birdwatchers and photographers to get started in the wonderful world of birds. The most outstanding bird species found here are: the Turquoise  Dacnis (Dacnis hartlaubi) and Greyish Piculet (Picumnus granadensis), Green Hermit (Phaethornis guy), however, if you are looking for photographs of birds you will undoubtedly have great options to capture the Blue-gray and Palm Tanager (Thraupis episcopus and T. palmarum), the Thick-billed Euphonia (Euphonia laniirostris) and the Black-winged Saltator (Saltator atripennis).

If you are looking to complement a great morning of bird watching with something else, why not end your day watching waterfowl in Rancho California: a place that provides a habitat and shelter for many of these species. If it is migration season, there you will find groups of Blue-winged Teals (Anas discors), Black-necked stilt (Himantopus mexicanus), Black-bellied whistling-duck (Dendrocygna autumnalis) as well as a great variety of shorebirds (Tringa melanoleuca, T. flavipes and Actitis macularius). 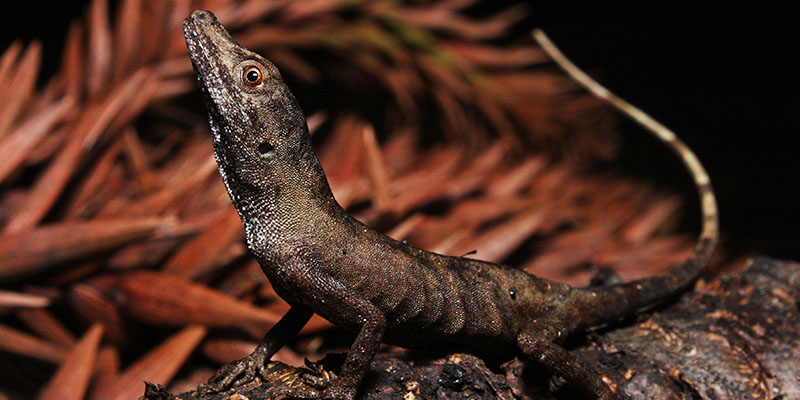